There is something Catholic in the wind and it smells a bit like mutiny. It sounds like the early morning clarion call on the hushed day of battle, with a hint of frustration and a dollop of American liberty all tied up in larger issues of equality for women and minorities. It is laced with the strong conviction that the bishops no longer speak for the Catholic Church and that the voices of the bishops are no longer the voice of Jesus Christ. If yesterday’s planning session is any indication, it will probably be called “Catholics for Equality” and if all goes as tentatively planned, you may look for it in a diocese near you by Pentecost Sunday (which commemorates the Spirit inflaming the hearts of the disciples and sending them into the crowd they had previously feared to proclaim boldly everything they knew to be true.) 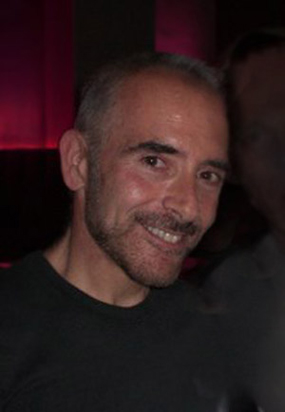 This is now old news, but still important.  (I began to prepare something in draft weeks ago, put it aside, and forgot to get back to it.  Sorry.)   I came up against it again this week, going through some posts at Fr Geoffrey Farrow. This what he says on Catholics for Equality , referring to a panel discussion he  had participated in:

A priest who served on last evening’s panel pointed out that I had made a promise of obedience to the bishop and his successors. He suggested that I should not have spoken out against the bishop on this matter and that I should have simply waited for history to correct things. Here, I must respectfully and forcefully disagree with my brother priest. Thomas Aquinas pointedly stated that we must follow our conscience “even if it means excommunication,” because it is our conscience which will defend or accuse us at the end of life. For me not to have given guidance to those entrusted to my care, especially when they specifically requested such guidance would have been for me to fail them. For me to say something to them that I believed to be wrong and hurtful would have been for me to fail God and my community. To wait for history to correct things is essentially to wait for someone else to correct injustice and worse, it is to become an accomplice to that injustice. I think God expects more of us than that, I think the victims of injustice certainly do.

I was in Washington DC attending meetings with representatives of various Catholic organizations and theologians who are organizing into a voice for the laity, clergy and religious of our Church.Catholics for Equality will be an organization that will give a public voice to the vast members of our Church who do not share all of the bishop’s political or theological positions.

Vatican II famously promised to be a listening church, and proclaimed the importance of paying heed to the voice of the faithful – the sensus fidelii- but failed to create any structures for that voice to be heard. Instead, that was a task left for the church to complete afterwards. Nothing has been done.  What the Vatican bureaucracy has failed to do, we must find ways to do ourselves.  This is one such.

Now at present this appears to be still in planning phase, and we have no public indication of quite what form this will take.  I am mindful though, of the good work being done in the Presbyterian church by “More Light Ministries”, which is a grass-roots led program to get individual parishes to affirm themselves as welcoming and inclusive. This, and other welcoming and affirming programs in other churches, have made strong progress towards transforming the traditional hostility of those denominations.  I have no reason to assume that Catholics for Equality will go down the same route, but any move to find a collective voice for LGBTQ Catholics and their allies will be most welcome.

While I wait for Pentecost Sunday and the formal announcements, I have just one question for Fr Tony:

Does the statement ” you may look for it in a diocese near you by Pentecost Sunday” include dioceses outside the US of A?