Everyone has a right to marry, but no one has the right to change the nature of marriage. Marriage is what it is and always has been, no matter what a Legislature decides to do; however, the public understanding of marriage will be negatively affected by passage of a bill that ignores the natural fact that sexual complementarity is at the core of marriage. 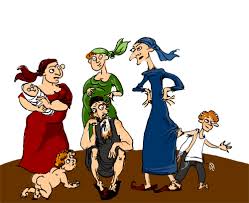 Please check some Church history. This is not the first time that the nature of marriage is being “redefined” – the church itself has done so frequently.