“Accept the Welcome in Church.”

A few days ago, I wrote about a statement by Bishop Jaime Soto of Sacramento, who said in an interview that he understood that gays might find some part of the Gospels hard to accept. My response was to point out that it is not the Gospels we find difficult, but the words and teaching of the institutional church, and the false claim that it is based on the Gospels. A series of comments by a reader in reply to my post have left me increasingly irritated, even offended (to the point that I cannot sleep). I have been grappling with these feelings, trying to work out their origins.

The heart of David’s objections appears to have two components: an insistence that in picking up on what could be a slip of the tongue, I am ignoring the wider context of the bishop’s argument in the interview, that “all are welcome” in the Catholic church; and that the concept of welcome goes two ways. The Church must offer welcome to all, but it is incumbent on all to accept that welcome. By frequently criticizing some actions and pronouncements of the church or its spokesmen, David seems to be implying, I and other outspoken queer Catholics are not “accepting the welcome”.

If you read the whole of what he said, in context, his intent was to be welcoming, to dismiss the importance of a single issue (whether for gays or others), and to read the Gospel in a spirit of welcoming and hope, instead of seeing the Church as being unwelcoming and hopeless because of something which may seem disagreeable.

The welcoming goes both ways. Even if the person is a hopeless bigot, the gay person is still called by the Gospel to eat with that person. The Love of Christ will win out over the bigotry, as it has for 2000 years.

Welcoming is more than a proclaimed intention of the Church; it is our duty whether we are spokespersons for the Church or laity in the pew. As I said, it goes both ways – to be welcomed, one has to let oneself be welcomed, and to welcome others, even bigots. One doesn’t have to tolerate bigotry, but we are certainly called to love the bigot. I think there is enough real bigotry without trying to parse language to try to find it. 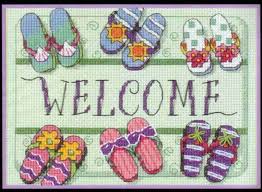 I really do not understand what David is implying by his  concept of  “accepting the welcome”, and his implication that in my posts I do not. It could be that he believes that I am encouraging queer Catholics to disengage from the Church (in which case he is very much mistaken), or it could be that he simply believes that I and others who find ourselves on the wrong side of orthodox doctrine should simply shut up and accept the welcome quietly. It is this (possible) meaning that disturbs and angers me. This is the possible meaning I address below. If I am mistaken, then the exposition will in any case show how the other alternative interpretation is also mistaken.

In trying to find a reply, I first thought to look for a suitable analogy, outside of the emotional topic for my readers (and their critics in Church) of sexual orientation. The closest I could think of was the situation in South Africa of my youth. At that time, the Catholic Church was beginning to be outspoken on the moral evils of apartheid, insisting that the Gospel message was one of justice for all. The Church’s own practice, however, did not reflect that. While insisting that the Church was welcoming to all on a basis of equality, appointments to the leadership positions in the church were overwhelmingly to White men. Catholic schools were racially segregated, and Black worshippers in Churches in the White residential areas routinely took their seats in a few rows at the back of the Church. Black Catholics (and a handful of prominent White clerics) became increasingly outspoken in their criticism of the South African practices in Church. For years, they were frequently under counter-attack as troublemakers. Was this justified? Should Black Catholics have simply buttoned their lips in “accepting the welcome” that was clear from the formal statements of the Church, but conspicuously absent on the ground, and in less guarded comments  by Church spokesmen?

In fact, church teaching and Scripture both confirm what South African history has demonstrated. Among many other examples, the Bible commands that we “set the downtrodden free”, and “speak the truth in love”. Canon law states that we must speak out the actions of pastors that offend us. The prophetic witness of South Africans against the practices of the local church gradually led to important changes in those practices, which in turn contributed significantly to the wider evil of apartheid in the country as a whole. Speaking out against hurtful words or practices in Church is not rejecting the welcome, but being true to both Scripture and to Church teaching.

Then my thoughts turned to quite a different analogy: instead of looking for one removed from the contentious one of LGBT Catholics, I thought of bringing it closer to home – by bring it right here, to the context of this site.

David was concerned that in picking on one part of Bishop Soto’s interview, I was ignoring the broader context of welcome for all in church. But by picking on my criticism of the bishops words, David in turn is ignoring the wider context of my site as a whole. David insists that the Church is a place of welcome for all, and that gay and lesbians should accept the welcome. From the day I began writing at Queering the Church, promoting that message has been my primary purpose: my opening post was titled “Welcome! Come In, and Come Out”. At other times, I have explicitly described how those who are so easily offended by some actions and doctrines of the church, should balance them against the many riches that are undoubtedly contained in the rest of the church. I have acknowledged that many people at some stage in their faith journeys find that they need to move away from the sacramental church, literally or figuratively – but I have urged them to follow any such movement away with a return in prophetic witness. These explicit statements of encouragement to stay in are numerically outnumbered  some posts that are critical of selected statements or actions by church spokesmen – but the point of these critical posts is always to show that the hostility that we too often experience from the Church is not central to either Scripture, or to Church doctrine, and is usually contradicted by experience at parish level. The purpose of the criticism is always to remind my primary readers that it is worth dealing with the negativity, and remaining broadly within the Church, even in dissent.

My “primary readers” brings me to a specific analogy for the problem of “accepting the welcome” and what it means. Here at Queering the Church, I have a very clear conception of my primary audience, mu Queer Church congregation, if you will. These are people who identify as Catholic and are committed to the Gospels in particular and the Bible as a whole, but who find themselves to be defined by orthodox Catholic doctrine to be of one or another sexual minority inside the Church – the people that I mean by “queer”. In all my posts here, these are the people I am primarily addressing (and, by extension, similar people in other denominations). It is not my intention here to address anyone else, or attempt to change Church teaching. (That change is eminently desirable – but is way beyond my power, and so I leave it to other processes). However, in parallel with the wider Church, I fully endorse the Gospel message of inclusion, and so all are welcome.

David has frequently made it clear that he is a declared heterosexual, and also a declared admirer of the Catholic catechism. On that basis, it is clear that he is not a member of any sexual minority in the wider Church – and so is an outsider here at Queering the Church, where he is nevertheless welcome, as are all my readers. I also know from his frequent comments that he is often in strong disagreement with my views. What does “accepting the welcome” mean for David?  Should he, as an outsider, simply keep quiet? Or is he right to voice his disagreement?

The answer is obvious. If David is truly welcome (as indeed he is), then of course he must speak up and voice his disagreement. So must any other reader. (This too, I stated clearly in one of my earliest posts. I fully acknowledge my ignorance, and if anybody can fault either my facts or my reasoning, I urged, please speak up. If you can show me my error, I will acknowledge it and if necessary adjust my conclusions). So, I have frequently accepted David’s objections to my posts, and attempted to reply, sometimes at length. I do not remotely see that David’s objections or criticisms are a sign of rejecting his welcome – quite the contrary. In my eyes, it is a sign of his confidence in his welcome that he feels that he can speak up, without being ostracized or shouted down.

So it is in the wider Church. If all truly are welcome, then accepting the welcome includes accepting all the freedoms and responsibilities that come with full membership. Speaking out where appropriate is both a right and a responsibility.

I still do not understand David’s intent in speaking about “accepting the welcome”.  If he means that we should simply hold our tongues  (and I don’t in fact think he does, although this is not clear from the remarks themselves), I hope I have refuted the suggestion.

If all he meant was that gays and lesbians (and others in dissent) should not remove themselves from the church, I hope I have shown from the wider context of this site as a whole, that I agree with him – and ask forgiveness for using his name and circumstances to illustrate my argument on speaking out in welcome.

And now, after working through these thoughts,  finally I feel ready to sleep again.

(This post has been prepared at a completely ridiculous time of the early morning. Proper editing, and links to the early posts I refer to above will follow later. Possibly much later)

2 Responses to ““Accept the Welcome in Church.””

« Thanks (for the thanks).
Breaking News: German Cover-up of Abuse Revealed in Church Report »
%d bloggers like this: