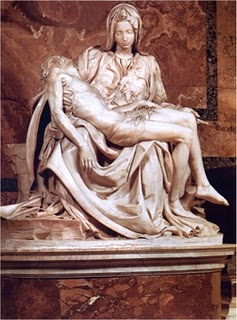 The biggest objection that I have to the CDF documents on homosexuality is that they focus almost exclusively on “homosexual acts” – by which they imply specifically genital acts. There is no recognition at all that many “acts” of homosexual persons in loving relationships are in fact acts of self-giving and loving support. In my own life back in South Africa, during a partnership of nearly twenty years  our “acts” included mutual support and companionship through many major and minor life transitions: the deaths of Bruce’s mother, grandmother and great-aunt; the education of my daughters, and their weddings; trials and tribulations at work, and career transitions; active participation in our local parish, and support for each other in our spiritual journeys. These are precisely the sort of acts of self-giving that the CDF praises as “conjugal love” when taking place within heterosexual marriage, but does not recognize in our relationships. Instead, when our self-giving is expressed in physical love, it is condemned as mere indulgent self-gratification.

O’Sullivan continues by reminding us that Jesus’ teaching method was by telling stories. He urges us to follow that example by telling our own stories. Those who have done so have often told how their journey of self-discovery has been one of grace leading to God (not away, as the CDF claims, again entirely without evidence or substantiation for the claim). Not only does this journey lead to God, but frequently it leads also to a heightened sense of compassion and understanding for the people who in other ways find themselves outcast on the margins of society.

The human story of some homosexuals is that awakening to their sexuality has meant taking responsibility for themselves and growing up. They say they have grown into better people for having taken the risk of giving and receiving love. A gay man said that, in experiencing being despised and rejected for being gay, he found that, ‘The ultimate sign of a person’s love is the figure of Jesus on the cross. The wound of homosexuality is not unrelated to Christ’s presence in the Passion. Through suffering, rejection and pain, people grow, change, and are transformed.’ Another said simply, ‘God wants us to be the people he created us to be.’ This echoes the saying of Saint Clement of Alexandria that, ‘We ought not to be ashamed of what God was not ashamed to create.’

These are precisely the themes that I have been most anxious to promote here at QTC – undertake the journey of self-discovery that we call coming out, and share your stories, so that others may learn the truth from them. God is love, and there is no need to fear.

Where is the Good News for homosexuals? Is it in the Wisdom of Solomon, ‘You [God] love all things that exist, and detest none of the things you have made, for you would not have made anything if you had hated it. How would anything have endured if you had not willed it? Or how would anything not called forth by you have been preserved? You spare all things, O Lord, you who love the living. For your immortal spirit is in all things.’ (Wisdom 11.24-12.1, NRSV)

The full series of extracts from Fr O’Sullivan’s “Furrow” article at Boundless Salvation is:

Inclusion – Is Sexuality the Final Frontier?

My own response and reflections  on these themes are at:

2 Responses to “Fr Owen O’Sullivan on Gay Inclusion (Pt 7): We will be judged on how we have loved”

« If the Mormons, Why Not the Catholics.
“Gay advocates win victory at U.N.” – Salon »
%d bloggers like this: