Come Out, For Christmas?

I’m not the only one arguing for the repeal of the Catholic Church’s own version of DADT.  At the Washington Post, Anthony Stevens-Arroyo makes the same point, adding an argument that I ignored. In days gone by, he says, a Catholic family gathering for Christmas might have quarrelled over a young family member’s improper relationship:

But if families back then anguished over whether or not a ne’er do well nephew was invited to dinner because his relationship to his “girl-friend” was considered scandalous, the debate would have ended if the name of his partner was “Charles” and not “Charlene.”

I’m fascinated by the qualifier of “days gone by” for family disapproval of (presumably) unmarried heterosexual relationships. Is this a tacit admission by Arroyo that modern Catholic families accept the unmarried sexual relationships of their near and dear – as long as they are of the opposite-sex variety?  For divorced relatives embarking in new relationships or second marriages, he makes it explicit:

Many Catholics accept divorced and remarried relatives at a Catholic Christmas celebration, because “…at least they are happy again.” 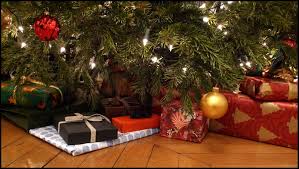 Arroyo observes that in any family gathering of ten or more, statistically there is a good chance that one or more of those present will be gay or lesbian, and asks why families can not extend to them the same compassion, in spite of Catechism rules, that  they freely extend to their heterosexual relatives in living in obvious conflict with orthodox teaching.

He also repeats some more familiar observations about the challenge to Vatican teaching presented by scientific evidence for a gay gene, and he contradiction between the prohibition of non-procreative sexuality for gay men, and the (selective) enforcement of compulsory celibacy for priests. Read the full post at Washington Post On Faith.

Also read the comments, where I found this gem:

I intend to drop a bomb
On my dear old dad and mom.
For this year, without a doubt
Is the Christmas I come out.

First I`ll get their full attention.
Then slip in a subtle mention:
“Tasty turkey! Perfect Peas!
Could someone pass (I`m Gay) the cheese?”
That should do the job okay
When I come out on Christmas Day.

Oh say can you see it now
Watch my parents have a cow.
Or perhaps, if fate is kind
They’ll insist that they don’t mind.

Then they’ll say “We always guessed.
After all look how you’re dressed.
Seven earrings in each ear!
We’re not quite that dense, my dear.”
They’ll adore me anyway.
When I come out on Christmas Day.

Coming out to everyone
Makes the winter doldrums fun.
It’s a noble thing to do.
Why don’t you come on out too.

Make the choice! Damn consequence!
Lift your voice, get off the fence!
Shout it from the highest roof:
Gay is great and you’re the proof.
Make this Christmas bright and Gay.
Come on out on Christmas Day!

« “Gay advocates win victory at U.N.” – Salon
Put Christ Back Into Christianity: The Body of Christ »
%d bloggers like this: