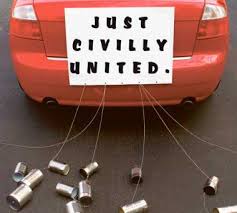 That’s just one GOP legislator, but it looks like there could be more, where it counts – in the lower House:

It’s not exactly a tidal wave. But the three Republican members of the House who have gone on record as supportive of state Senator Pat Steadman’s civil unions bill suggests Democratic House sponsor Mark Ferrandino is right to be confident that the bill will pass if it could somehow climb over likely House committee hurdles.

“Rep. Marsha Looper, R-Calhan, said she supports civil unions, as long as the definition of marriage remains between a man and a woman.”

Steadman has made clear that his bill does not attempt to alter the one-man-one-woman marriage definition put in place by Amendment 43 in 2006, and he has gotten heat from gay activists as a result.

Lynn Bartels at the Denver Post nabbed a quote from Adams County Republican Rep. Kevin Priola. He gave the same caveat as Looper.

“But Rep. Kevin Priola, R-Henderson, who will be the speaker pro tem next year, said he supports civil unions “in concept, precisely because they are not gay marriage.”

And Ernest Luning at the Colorado Statesman in roughly the middle of last month reported Arapahoe County Rep. Kathleen Conti’s eloquent endorsement of the bill.

“The outpouring I’ve had so far from my town halls leads me to support it,” she said, adding that her position exhibits “a desire to be a representative of the people and for the people.”

Ferrandino has said right now he thinks he can count on 10 or 11 GOP votes should the bill make it to the floor of the House.

There’s a long way to go, with many hurdles before the bill even makes it to the House floor for a vote, but Colorado provides a fascinating example of how the sentiment is shifting in favour of family equality, even among the ranks of political and religious conservatives. Just as some Republicans are starting to back civil unions, some faith leaders are standing up to counter the vocal religious right. Even if the current bill fails, with the continuing momentum in favour of equality (and Republican recognition of that political reality), there can be no doubt that the only real question around the introduction of family equality in Colorado is that of timing: no longer “if”, but “when”.

A similar process, of possible Republican support potentially transforming the landscape, might just be starting in New York, where marriage bills have twice been approved by the lower House, but where the last attempt failed disastrously in the Senate.  It is just possible that with a stronger and popular governor behind it, a new attempt in the Senate could just succeed. As in Colorado, this will only be if the measure can gain some GOP support. As in Colorado, this might just happen – especially if the politicians have the sense to keep an eye on the evidence from state polling:

Is New York Senator Mark Grisanti preparing to introduce a gay marriage bill in the Senate? And if he is, do we have pop singer Lady Gaga to thank?

Nearly four weeks have passed since openly gay Democratic Senator Tom Duane announced he would reintroduce a gay marriage bill in the Senate “within weeks.”

Albany insiders have suggested Duane is looking for a Republican to sponsor his bill in the GOP-led Senate before moving forward.

On Friday, Lady Gaga called out Grisanti for his opposition to gay marriage in the Empire State, according to The Buffalo News.

Doug Curella, chief of staff and spokesman for Grisanti, suggested in a statement that Grisanti is considering altering the unalterable.

“But Senator Grisanti has already reached out to the local chapter of Marriage Equality New York, and is meeting with them next week.”

“Additionally, I have personally met with Outspoken for Equality in Albany, and we had a very informative and constructive conversation. We look forward to learning more about their issues and concerns with regards to Same-Sex Marriage.”

« “Eternal Bliss” – SS Felicity and Perpetua, March 7th
Cardinal Pell: All (including gays) Really Are Welcome »
%d bloggers like this: