Band-Aid for a Grievously Wounded Church.

I have spent the afternoon celebrating my granddaughter’s first birthday, so have not yet had a chance to read in full the Papal “pastoral” letter to the Irish Church.  I did read a few press summaries before going out, and have reflected on their significance while riding the trains, but I do not want to get into a detailed response until I have read the full report. My initial reaction though, can best be conveyed by a few visual images:    a mother who responds to a  mildly injured child by kissing it better, or applying a band aid.  A less charitable image would show two raised fingers to the Irish Church.

When I returned this afternoon, I did get a chance to scan some headlines, which I now share with you unread. It does not  seem that Catholics elsewhere are any more enthusiastic about this letter than I am:

Finally, the Vatican is starting to acknowledge that the problem of clerical sexual abuse needs wider attention than they have given it before. Just this past week, a Cardinal (Walter Kasper) has stated clearly that the church needs “serious house cleaning”, that the current German scandal must be investigated fully, and that Pope Benedict wants to see every single case come into the open. This is a stunning (and most welcome) turnaround from the decades – old policy, endorsed and enforced by Cardinal Ratzinger when still at the CDF, that required absolute secrecy and central reporting.

What I find encouraging in this, is that after years during which the Church first ignored all suggestions of a problem, then tried to shunt the blame on to gay priests and local problems of governance, over the past year there have been an increasing number of increasingly senior and reputable churchmen getting closer to the real issues: deal with the fundamental problems. 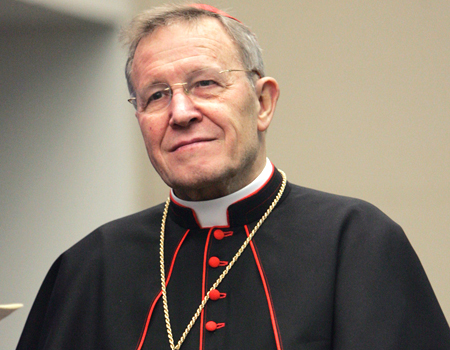 These extracts are from Catholic News Service:

The Vatican fully supports the efforts of German bishops to investigate claims of child sexual abuse in Catholic institutions, even if the cases are decades old, L’Osservatore Romano reported. END_OF_DOCUMENT_TOKEN_TO_BE_REPLACED

By way of a post at Box Turtle Bulletin, which (unlike many other general LGBT sites)  regularly has sound comment on religion, I learn that the Vatican has finally released a statement on Uganda:

Statement of the Holy See

Thank you for convening this panel discussion and for providing the opportunity to hear some very serious concerns raised this afternoon. My comments are more in the form of a statement rather than a question.

As stated during the debate of the General Assembly last year, the Holy See continues to oppose all grave violations of human rights against homosexual persons, such as the use of the death penalty, torture and other cruel, inhuman and degrading punishment. The Holy See also opposes all forms of violence and unjust discrimination against homosexual persons, including discriminatory penal legislation which undermines the inherent dignity of the human person.

As raised by some of the panelists today, the murder and abuse of homosexual persons are to be confronted on all levels, especially when such violence is perpetrated by the State. While the Holy See’s position on the concepts of sexual orientation and gender identity remains well known, we continue to call on all States and individuals to respect the rights of all persons and to work to promote their inherent dignity and worth.

For some excellent commentary on the statement, go to Box Turtle Bulletin

Depressing church news over the past two months has led me to pick up and start reading a book which has been on my shelves some time, but which I have previously only dipped into.  The removal of  excommunication of SPXX  members has received wide and ongoing publicity; clerical sexual abuse is again in the news with the FBI reopening old investigations in LA Diocese, and fresh revelations over   Fr Marcial Maarciel Delgado of the Legionnaires of Christ.  Meanwhile, on the progressive wing of the church, there has been less coverage in the MSM of the silencing or excommunication of the priests  Fr Roger Haight,  Geoffrey Farrow and Roy  Bourgeois, or of bizarre goings-on in the parishes of St Mary’s, Brisbane and St Stephen’s, Minneapolis, where attempts to muzzle complete parishes have led to resistance (St Mary’s) or exodus (St Stephen’s).

What all these have in common is that they are concerned with power in the church – its extension, its abuse, or attempts to defy or resist it.  so I picked up again  “Confronting Power & Sex in the Catholic Church”, by Bishop Geoffrey Robinson.  I am pleased that I did.  Published in 2007, this book END_OF_DOCUMENT_TOKEN_TO_BE_REPLACED

Here is the (late ) News

Earlier, I was trying to find a format to bring you at least headlines and links to key news events.  I stopped doing so because I wasn’t very happy with the way it was working out, but I now realise that was wrong. It is clear from the blog stats that it is one of the pages people have been most frequently accessing and want to read.  If I haven’t been entirely satisfied with how it’s working, I need to find better methods- not simply suspend the concept.  So, I revive it here.

The key concept is that this will be a running post with (reasonably) current headlines and very brief comment.  For fuller comment, and links to my sources, go to the LG BT News page.

Some current stories you may have missed:

Hope in a new Oakland Diocese appointment? Feb 5th
The new man in charge of Oakland Diocese, California, has a distincly progressive background – it is reported he once ‘blessed gay marriages’  in his parish.

Benedict Completes The Turnaround Feb 5th
In extraordinary contrast with the discouraging messages implied in his early announcements, Benedict has now stated that further reconciliation with the Society of Saint Pius X will not proceed without “full recognition of the Second Vatican Council”.

Good News From Benedict? Feb 4th.
In what appears at first glance to be a dramatic turn around by Benedict, he has now gone beyond merely distancing himself from Williamson’s views, and has demanded a full recantation before further progress can be made on re-admission to the Catholic church. This appears to be a response to unprecedented criticism by very senior figures in the church – most recently the leader of the church in England & Wales

Women Respond to Excommunication Feb 2nd
Women have responded to the recent excommmunication of  Fr Roy Bourgeois, who assisted at the ordination of a WomanPriest, with a Liturgy of Lament. I like it.

If You’re Gay, Go – Maltese Bishop.   Feb 2nd, Malta.
The Bishop says that if we LGBT people are not ‘happy’ with official church teaching, we should just pack up and leave.  I don’t know about you, but if a bigoted bishop so badly wants me out, I am all the more determined to stay in.

Another Nutcase Bishop?
1 Feb
In Austria, another of Benedict’s decisions is causing an uproar

Scottish Bishops Oppose Adoption Decision
28th Jan
The hierarchy is using poor science to oppose a legitimate decision by the adoption authorities to place a child with a gay couple.

One last time, before I stop commenting on this debacle:

In trying to calm the storm he created himself, Benedict has clarified that he took his decision in the interests of church unity, and in a spirit of mercy. “I decided to carry out this act out of paternal mercy” he said, adding that he hopes his gesture will lead to their commitment “to realise full communion with the Church, by their fidelity to and full recognition of the Magisterium and authority of the Pope and the Second Vatican Council”.

Note that he “hopes” that this will lead to their full acceptance of Vatican II – there is no indication that assurances have already been received, or even sought.

And does his concern for church unity, and mercy to the suffering of those excluded from the church, extend to those many priests and religious whom he has forces out because in conscience they disagree with the official line of sexuality, or on women priests?

On the one hand, it’s not (quite) as bad as I first feared.  on the other, it’s worse.  The Vatican spin control has kicked in sharply,  to reassure the world that revoking the excommunication is emphatically not an endorsement of Williamson’s antediluvian ideas on the Holocaust.  There are also various soothing noises about this being just the first step in a process, and that the precise future place of these men in the church has still to be decided – i.e., their status as ‘Bishops’ is not ratified. There is also a bizarre claim END_OF_DOCUMENT_TOKEN_TO_BE_REPLACED

Maledict Does It Again!

I am so angry I am ready to spit.

This week marks the completion of one month blogging on this site – my first, very tiny milestone.  In the much bigger scheme of things, this week also marks the 50th anniversary of Vatican II.  For both of these reasons, I was anxious to return to the original spirit I promised in launching – to ‘celebrate’ our place in the church, and to focus on the Good News inherent in Scripture, and in the rest of the Christian tradition.

Indeed there is good news, and I will return to it the rest of the week – but for now, I have to express my anger at the latest affront from the Vatican.  (Until I have had time to calm down though, I will not attempt comment of my own – just present the bare facts, and link to flesh out the story. ) In the  week of the Vatican II anniversary, in a move clearly timed to coincide with it, Benedict has chosen to mark the occasion by reinstating 4 Lefevrist bishops, one of whom is so off-the-wall right wing it makes one’ s hair stand on end. Oh, and the timing gets better:  not only were the Vatican rebels welcomed back with open arms to co-incide with the 50th Anniversary, but the rehabilitation of the holocaust denier was done just days before the rest of the world remembers international Holocaust Memorial Day.

Lifting the ban on these wingnuts, whose original fall from grace was based on their opposition to Vatican II, follows hard on the heels of the silencing of more progressive voices:

There is a lot more I would like to say on both of these, but will wait until I have calmed down.

I hope to have more positive material later.