Clifford Longley’s Tablet column on Archbishop Nichols’ thoughts on the need to “explore” afresh issues of sexuality and homosexuality is to be heartily welcomed. However, as we consider the lessons (if any) from the “broad book of nature”, it is really important that we consider the broad book as found in empirical evidence, not the narrow book of theological imaginations. In his own reflection, Longley repeats the claim that “alone of mammals, humans engage in sexual intercourse irrespective of whether the female is fertile or not?”. This claim, that other mammals only engage in sexual intercourse when the female is fertile, is often made. It is however, entirely without foundation. This assertion is beloved of moralists, but it is as false as the other often made claim that homosexual activity is unique to humans.

Bruce Bagemihl, in Biological Exuberance, provides details of many hundreds of animal species, from all branches of the animal kingdom, which are recorded in the scientific literature as demonstrating some form of homosexual activity. For many of these, he also describes examples of non-procreative heterosexual intercourse.

END_OF_DOCUMENT_TOKEN_TO_BE_REPLACED

As a psychology student at Tulane University, I took a couple of independent study courses observing animal behaviour at Audubon Zoo, near campus.  One semester, I studied the mating behaviour of the scarlet ibis, a wading bird common in marshes and estuaries.  Like other species of birds, the ibis is seasonally monogamous.  For weeks, I watched seven pairs go through the process of nest-building, courting and mating.  Right on schedule, all but one pair stopped sexual and nest-building behaviour within days of each other and settled in for the incubation period.  My interest was piqued by the behaviour of one particular pair that kept building their nest, as well as mating.

END_OF_DOCUMENT_TOKEN_TO_BE_REPLACED 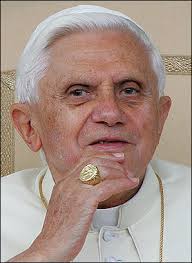 END_OF_DOCUMENT_TOKEN_TO_BE_REPLACED

Sarah Palin’s understanding of wildlife appears to be no better than her tenuous grasp of social history.  Mrs Palin has been very much in the news over her enthusiastic promotion of a band of crazies  thoughtful, conservative candidates who agree with her own views on education and “traditional family values”.   The women in this band she likes to describe as “mamma grizzlies”, most recntly Christina O’Donnell in Delaware.

The problem with the conservative view of the “traditional” family and its values is that has little relation to history, and is in fact a relatively modern invention. The problem with her adoption of mamma grizzlies as her model is that they too scarcely embody the “family values” she claims to support.  Real life mamma grizzlies do not live or mate in the nuclear families she so admires. Rather, they mate in promiscuous, polygamous groups, then raise their young as single mothers – or in collaboration with other females, as family units headed by two women.  The closest human counterparts to real-life “mamma grizzlies” are lesbian couples, with kids – not exactly Christian O’Donnell. END_OF_DOCUMENT_TOKEN_TO_BE_REPLACED

A favourite argument used by the religious right against homoerotic relationships, and by the Vatican theologians against any form of sexual expression outside of marriage and not open to making babies, is that such sexual activities are “against nature”, and that the “purpose” of sex is procreation.

Well, the people making these claims have never considered the actual evidence from , well, you know, – “Nature” itself, which shows the exact opposite. (But then, when did the Vatican, or the wingnuts, ever consider the trifling matter of evidence to interfere with their convictions?)

In the lively comments thread after an earlier post in this series, reader CS in AZ reminded me of a famous exchange with Anita Bryant:

This reminds me of Anita Bryant, back when she was on her anti-homosexul crusade … she said that homosexuality was unnatural and so repulsive that “even barn yard animals don’t do it” — then someone pointed out to her that barnyard animals in fact DO do that, with some frequency, as anyone who grew up around farm animals knows very well! LOL…
well, she was only momentarily flustered, then she just pivoted 180 degrees and said, “well, that doesn’t make it right!”

Well no, but it sure as hell don’t make it wrong, either. On the subject of sexual ethics, “Nature” is entirely neutral. However, as so many self-righteous bigots attempt to introduce nature into ethical and political discussions, it is worth knowing just what “natural” sex really is (it’s also just fun to know.)

END_OF_DOCUMENT_TOKEN_TO_BE_REPLACED

There have been an increasing number of research studies which show that as parents,  same sex couples are at least as good as opposite sex- couples. As a gay father and grandfather myself, I don’t really need to be told this by modern research: I first learnt of the evidence decades ago, from a family friend who was then a child welfare social worker, and is today a top authority on the subject. I also have the best of all possible authority, the experience of my own family. My daughter is very clear on the subject: she is on record as saying “Gay Parents? I recommend them”. She has told me that when she says a young child with two dads, her immediate response is – “Lucky child”. Still, it’s good to see the evidence getting a more public hearing. and reaching the mainstream.

I was interested though, to find that in this, as in so many other areas, of human sexuality, the same pattern is found in many species of animals and birds.

Homosexuality in animals has been known since ancient times, but still fails to penetrate the public consciousness. END_OF_DOCUMENT_TOKEN_TO_BE_REPLACED

Animals Use Sex Toys, Too

To look at them, bighorn rams are the very image of hypermasculinity. They live on the rugged mountain slopes of Montana and Canada, in an environment that demands strengh, athleticism and stamina. Their appearance is impressive, with large thick horns curling back behind the ear, and they’re big, weighing up to 300 pounds. They exude so much machismo, that their image has been appropriated by numerous as a symbol for many  male athletic teams. And they like their sex – with other males. Those few who don’t, are described by researchers as “effeminate” .

For Bighorn and Thinhorn Sheep, heterosexuality is emphatically not “normal”.

END_OF_DOCUMENT_TOKEN_TO_BE_REPLACED

(Note: This site is a  selective mirror of posts from my main site. Comments here have been disabled.  To place a comment, or to read the full range of posts and features of the main site, go to  the  corresponding post at my main site.) END_OF_DOCUMENT_TOKEN_TO_BE_REPLACED

A key part of the argument against homoerotic relationships, fundamental to the Catholic Magisterium, to the religious opposition more generally, and to the supporters of so-called “traditional” marriage, is that same sex relationships are somehow “unnatural”, “against natural law”. This claim is entirely without foundation. What these groups have in common, apart from their conclusion, is a total disregard for the evidence.  Some research into the Laysan albatross neatly illustrates this.  The disregard of the need for evidence does not only apply to claims for natural law: exactly the same charge can be made against Vatican claims that “homosexuals” are motivated solely by  -indulgence, and that homosexual “acts” lead one away from God – claims that likewise do not stand up to scrutiny. For now, though, I am concerned only about the problem as it applies to the argument from natural law

All albatrosses are large birds nesting in isolated colonies free from natural predators, which makes them easy to study (the birds are trusting and allow researchers to get up real close and personal). Much of their behaviour is well-known. For instance, in one colony at Kaena Point, Hawaii, there are about 120 breeding pairs, who gather for mating every November. They form long-term partnerships, and after copulation, lay a single egg, which they incubate in shifts, taking turns to leave the nests for weeks at a time to feed at sea. They form long-lasting, often life- long pairs, and were praised by former US first lady Laura Bush for their commitment to each other, and the example they offered as icons of monogamy. The obvious assumption that these monogamous pairs represent one male and one female in a neat nuclear family, though, turns out to be false. One third of the pairs are female couples, some of whom had nested together every year since right back to the start of data collection – 19 years.

Ornithologist Lindsay C Young  has been studying this albatross colony since 2003, as part of her doctoral dissertation.  She says that the discovery of so many female pairs forced her to question assumptions she didn’t even know she was making.  This in itself was something of a breakthrough: observations of same sex behaviour or relationships in the animal world are not new, but too often in the past, biologists have simply ignored them, or attempted to explain these observations as aberrations.

Joan Roughgarden quotes one notable scholar who claimed in 2000, at the end of a long and distinguished career,  that  “When animals have access to members of the the opposite sex, homosexuality is virtually unknown in nature, with some rare exceptions in primates”.

But just the previous year, Bruce Bagemihl had published a book reviewing published academic research into over three hundred vertebrate species which engage in same-sex courtship and genital contact. In some of these, homosexual activity is even more frequent than heterosexual intercourse.[ad#In post banner] END_OF_DOCUMENT_TOKEN_TO_BE_REPLACED