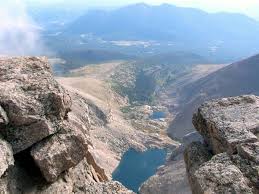 On the ministry itself, whether it is priestly celibacy or women’s ministry, and especially on all matters of sexual ethics, what British Catholics in fact believe is very different from what the Vatican functionaries proclaim it ought to be. This is no surprise – exactly the same pattern is found the world over – only the detailed numbers change, not the basic fact of divergence. END_OF_DOCUMENT_TOKEN_TO_BE_REPLACED

Our Stories As “Sacred Texts”.

Our stories, in their simple unadulterated truth, offer the best defence we have against the lies that are the fragile foundation of formal Vatican teaching on same sex relationships. These plain lies are manifold, from the claim that our sinfulness is demonstrated in the story of Sodom (not so),  or the claim that it is “indisputable” that Scripture disapproves (immediately contradicted by the many theologians who have so disputed), or the bland assertion that homosexual “acts” are purely self-indulgent self-gratification. This last assertion, based on absolutely no evidence, is perhaps the most egregious of all.

Even conservative Evangelical theologians, grounded in their own personal experience of how a personal, sexual relationship can lead both partners through mutual self-sacrifice closer to God, have recognised that precisely the same process can work in same sex couples. Vatican bureaucrats, starved in their own lives of this particular path to the divine, fail to recognize it in others.  Yet basic mathematics has a simple remedy: to disprove a proposed universal rule or law, all that is required is a single counter-example.

In my own life, I have already provided that counter example. My own experience was that the attempt to live strictly within Vatican rules on sexual ethics led me to drift away from the church. Living honestly as gay led me back  in.  Of  course, the counter argument could be that the proposition was never intended to be universal, just a general norm: then we need more than a single counter-example. We need a mass of them, all testifying and bearing witness to the error in the teaching.

The Vatican itself, in “Homosexualitatis Problema” urges us to remember the Biblical injunction to “Speak the Truth in Love“, and “The Truth Will Set You Free“. There are both theological and political reasons for telling our stories: there is a clear biblical instruction to do so, and doing so will go a long way to undermine the bland, entirely unjustified assumptions underlying Vatican hostility. Destroy the foundation, and we can pull down the entire edifice. This  Saturday, 12th June, I shall be going in to London for a meeting of the RCC of the LGCM (“Roman Catholic Caucus of the Lesbian and Gay Christian Movement”), where this precise idea, of telling our stories. is the major theme for the day.

The principle, as I have summarised it above. is one I have long promoted. Duigan McGinley,   in “Acts of Faith, Acts of Love: Gay Catholic Autobiographies As Sacred Texts

“, goes one step further. He says that  telling our stories is not merely helpful, it is sacramental. The tales that we tell, he says, deserve to be taken seriously, as sacred texts.

“For too long, gay Catholic lives have been shrouded in the secrecy advanced by official Catholic teaching. For many gay Catholics, the “closet” remains a powerful metaphor for the secrecy and shame which keep many of us to keep our sexual identity hidden. At times, the decision to remain “in the closet” is carefully calculated and deliberate. At other to,es, the closet is forced upon us from outside. Yet it is in this context that gay Catholic must reconcile their sexual and spiritual lives.  Gay Catholic autobiographical acts reveal the delicate interplay between  sexuality, spirituality, and the many other components of identity which make a person unique.These acts of self-disclosure – of confession – stand as revelations of God’s intervention and actions in hay Catholic lives.  I offer an interpretation of Matthew 10:27, on open and fearless confession:

What I say to you in the dark,  tell in the daylight. What you hear in whispers, proclaim from the housetops.

When a gay Catholic takes the risk of narrating his gay identity, transforming what was once secret and publishing it for public dissemination, his public act becomes a “whisper from the housetop”.

Obey the voice of Scripture, obey the clear command of the Church: tell it like it is, even if (especially if) in this respect, it is not what the ivory tower Vatican moralists want to hear.

One of the nastier tricks of Vatican rhetoric, especially as displayed in “Homosexualitatis Problema”, is the uneven manner in which (approved) heterosexual relationships are described in terms of “conjugal love”, while (condemned) homosexual relationships are simply not mentioned, and the word “homosexual” is used only in terms of homosexual persons, “acts” (assumed to be genital), and “condition”.

The unfairness and lack of validity of this could be  quickly and easily demonstrated simply by reversing the procedure. How easy it it would be to lament the condition of the heterosexual male, intent only on self-indulgent sensual gratification, as demonstrated in the ubiquity of prostitution and pornography. Or, we could consider the one-sided nature of the institution of traditional marriage, marked by patriarchal domination, an expectation that male sexual needs should always be met, a disregard for the need (or sometimes even the possibility) of female sexual pleasure, and sometimes even domestic violence and marital rape.

It would be easy, but I’m not going to go there. I am quite willing to accept that there must be many sound heterosexual relationships really are founded on genuine loving partnerships, based on equality of the partners. Logically, I am sure it is quite as possible for heterosexual marriages to be as emotionally healthy for both partners as homoerotic relationships.

Instead, I want to look at the other side of the comparison, at the quality of the love found in so many male couples, love which the Vatican resolutely fails to acknowledge. END_OF_DOCUMENT_TOKEN_TO_BE_REPLACED

Speak the Truth in Love: Write Your Bishop.

The Lord Jesus promised, “You shall know the truth and the truth shall set you free” (Jn. 8:32). Scripture bids us speak the truth in love (cf. Eph. 4:15). The God who is at once truth and love calls the Church to minister to every man, woman and child with the pastoral solicitude of our compassionate Lord.

“Speak the truth in love”, advice which the institutional church singularly fails to follow itself. (See “Excluded From God’s People”, for a description of this failure). The advice, however, remains sound. Vatican teaching on sexuality has the remarkable characteristic of being distantly removed from any grounding in the facts of real human lives. This is especially so for gay, lesbian and trans lives, but is hardly surprising, given the ivory tower manner in which Catholic theology is developed and preserved. Yet it should not be so. The Church claims to be a listening church, and pays at least lip service to the place of reason, science, and the continuing revelation by the Holy Spirit, speaking to us through experience, in developing Church teaching. But this of little value unless there are voices speaking from that real experience to which the Church may listen. 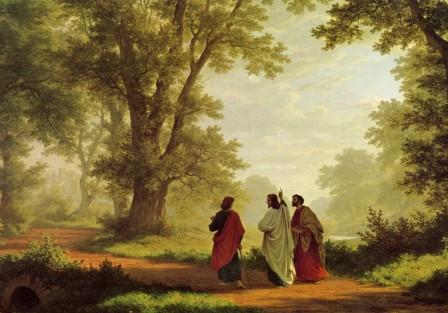 The Road to Emmaus

The gay Catholic theologian Michael B Kelly has argued convincingly that for many, possibly most, lesbian or gay Catholics it may be necessary to leave the church, literally, or figuratively, for a time. Thereafter, he says, we need to return and speak to the church in prophetic witness to the truth of our lives. We must, he says, take the road to Emmaus, away from the established rulers, but after meeting the risen Christ take the road back again. (One of the ways he is doing this himself by conducting research on gay men’s erotic experience as a path to spirituality, and writing about what this experience can teach the wider church about spirituality.) END_OF_DOCUMENT_TOKEN_TO_BE_REPLACED

Gay Catholics & “The Church in Four Dimensions” (Part I)

A comment to my recent post at the Open Tabernacle ,“Excluded from God’s People: the Problem with Homosexualitatis Problema” puts the question, “Why not just join the Anglican Communion?”, a frequent question whenever I write about the flaws in the official Vatican line on “homosexuality”. (This is odd, as I have never yet seen the same question put to people who question the teaching on contraception, for instance.)

My short answer was:

Why, indeed? I may disagree (strongly) with the Vatican on certain issues, but the Catholic Church is far more than just a handful of power obsessed clerics in Rome, and far more than the bizarre teachings on sexuality. I will be writing more on this shortly.

My longer answer goes along the lines clearly expressed by the Australian Catholic theologian Michael B Kelly, in an address he gave in the Melbourne City Hall, at the invitation of the Cultural Affairs Office of the city of Melbourne in January 2004. This is contained in his excellent book, “Seduced by Grace: Contemporary spirituality, Gay experience and Christian faith

”, which I was reading just yesterday, and which I summarize below.