There are many aspects to the life and ministry of Jesus Christ. However you view the Christian story though, one feature has got to be pre-eminent: the self-sacrifice on the cross and the associated resurrection. It follows then that this comprehensive self-giving is one essential characteristic of the followers of Christ, the Christians. The CDF states, entirely without substantiation, that as gay men and lesbians, we lack this “essential self-giving” that is a mark of Christianity.

When I came across this assertion in “Homosexualitatis Problema”, I was puzzled. Other than self-giving in sex for procreation, I could not see any sense of self-giving that necessarily excluded gay men and lesbians. Research and anecdotal evidence in fact, is the exact opposite gay men typically are far better represented in the altruistic service professions of nursing, teaching, social work, librarianship and the priesthood itself than straight men – and markedly under-represented in the self-centred, greed-based professions of finance and business. Puzzled by the CDF claim, I wrote to several priests and former priests with greater knowledge of the Gospels than I, to see if I have missed something in the Gospels that might justify the CDF statement. I have already reported James Alison’s response (which I repeat below). I also liked the response of the priest who calls himself “Bart” on these pages, for its citing of the Gospel texts that elaborate on the meaning of “self-giving”  – and its demonstration that these simply do not apply in the way that the CDF intends:

END_OF_DOCUMENT_TOKEN_TO_BE_REPLACED

Put Christ Back Into Christianity (2): His Exclusion From Church Teaching on Sexuality.

The Lord Jesus promised, “You shall know the truth and the truth shall set you free” (Jn. 8:32).

A fine recommendation, and one I heartily endorse. Whether the document itself includes too much truth, is another matter entirely.

END_OF_DOCUMENT_TOKEN_TO_BE_REPLACED

According to Sir Elton John, the answer is clearly yes. 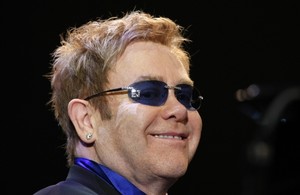 Sir Elton John is facing a backlash from conservative Christian groups after stating in an interview that Jesus was a gay man.

The 62-year-old musician also opened up to US magazine Parade about the “life-threatening downside” of fame and his relationship with partner David Furnish.

But it’s the Rocket Man’s views on Jesus’s sexuality which have sparked headlines across the world.

In the interview, to be published in America on Saturday, Sir Elton said: “I think Jesus was a compassionate, super-intelligent gay man who understood human problems.

“On the cross, he forgave the people who crucified him. Jesus wanted us to be loving and forgiving. I don’t know what makes people so cruel. Try being a gay woman in the Middle East – you’re as good as dead.”

I don’t suppose Sir Elton has notable theological credentials for making this claim, but his fame alone will ensure that his remarks command wide attention. END_OF_DOCUMENT_TOKEN_TO_BE_REPLACED