The media caravanserai has moved on, but Cardinal John Henry Newman is now and will remain known as Blessed John Henry. He remains also a significant, if complex, figure for gay and lesbian Catholics in his relationship with his beloved Ambrose St John, and in his theology for progressive Catholics more generally. The theology is subtle, and has been too easily misappropriated by people on both sides of the Church ideological divide. I do not (yet) want to enter that territory. About the relationship with Ambrose, I feel more secure.

Inscription for a grave in which both John Henry and Ambrose were buried.

“) has written extensively about this relationship, showing how it fits into an ancient tradition of close, even passionate friendship between male couples in the Church: END_OF_DOCUMENT_TOKEN_TO_BE_REPLACED

Catholic Priorities, and the English Church

At Bilgrimage,  Bill Lindsay has a depressing (but accurate) assessment of the ten “essential articles of creed”, as espoused by card-carrying Catholics. (“Who Knew? What Reading Newman Did Not Prepare Me for When I Became Catholic“)

In summary, these are concerned with a staunch defence of the Church, the Pope and the Vatican against all criticism; an obsession with sexual teaching, and in particular its stress on heterosexual intercourse which is open to conception; attempts by political engagement to force this view of sexuality into law; the inherent superiority of the male over the female in all Church decision taking and eucharistic celebration; and a complete disregard for the  rest of Church teaching, especially that on the importance of social justice and inclusion of all.

END_OF_DOCUMENT_TOKEN_TO_BE_REPLACED 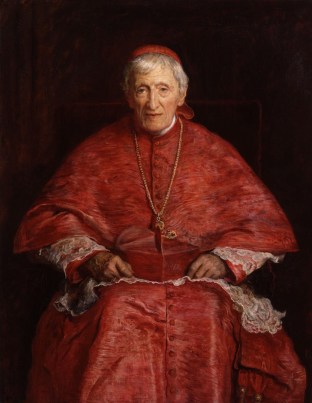 END_OF_DOCUMENT_TOKEN_TO_BE_REPLACED

In Australia, a church ceremony that was not a gay wedding has attracted the ire of gay marriage foes. In doing so, it has highlighted many of the challenges, tensions and achievements facing the churches over LGBT inclusion.

NEITHER partner wore white, and everyone concerned carefully distanced themselves from the words ”wedding” or ”marriage”.

But the intent of the same-sex ”sacred union ceremony” at Brunswick Uniting Church was fairly clear: vows and rings were exchanged, there were prayers and blessings, and a multi-tiered white cake to aid post-service celebrations.

Damien Stevens, 30, who celebrated his sacred union with Chris Todd, 22, saw it as emotionally and politically significant to have their relationship recognised and blessed in church.

They were one of four couples who were joined on the same day in not- Holy Matrimony.

Not everyone was convinced: END_OF_DOCUMENT_TOKEN_TO_BE_REPLACED

"You May Now Kiss the Groom"

The image may be surprising, but would be entirely consistent with church history – the historians John Boswell “Same-Sex Unions in Premodern Europe

“) and Alan Bray (“The Friend“) have shown that ancient liturgical rites for blessing same-sex unions in church were used for centuries in both the Eastern and Western churches.