Whenever, as now, I find myself getting worked up about the Vatican, I find it helps to recall the wisdom of some of the wise friends and writers who have helped to shape my thinking.

For me, my Vatican recovery began a very few words from a very human Jesuit in Johannesburg (now in Cape Town, lucky man), who simply asked why was I fussing about “Vatican bureaucrats”, when the church was so much bigger than they.

Mark Jordan’s book is always a tonic.  It cautions against trying to debate with the Vatican – showing how their rhetorical style is based not on rational argument, but on simple repetition of old statements, until the opposition is

bludgeoned into submission.  He also shows up at length the internal contradictions in an institution which is internally irremediably camp and infused with a gay sensibility, yet is nominally vigorously opposed to ‘homosexuality’.  After reading Jordan’s thesis, it is hard to take the bureaucrats quite as seriously again.

Richard Cleaver takes a different tack.  Starting from the perspective of Liberation Theology, he reminds us that

revelation is not something that ended in Biblical times, but continues through to our own age.  We can all participate in discerning this revelation  by using prayer and reflection to discern the action of the Holy Spirit  in our lives and experience. The starting point in liberation theology sounds controversial to some, but the basic point is not – I was strongly moved by the same argument in Dick Weston’s Redemptive Intimacy. Benedict XVI himself said something similar in his Christmas address to the Curia – sadly overlooked by much more newsworthy, because controversial, remarks on gender and climate change.

Daniel Helminiak, in “Sex and the Sacred”, concentrates on the importance of developing a spiritual life, and shows how a unique take on spirituality is one of the gifts of being gay.  (Among other things, coming out is itself a spiritual experience).

But above all, at present, I turn to the writings of John McNeill.  Infused with the Ignatian Spirituality of the Jesuits, McNeill constantly reminds us that “The glory of God is humans fully alive” (St Irenaus), and that bad theology is bad psychology – and vice versa.   He too argues  for the spiritual life, developed with the Holy Spirit, to confer the wisdom that we are not getting from the Vatican.  but he goes further than Helminiak, arguing strongly that the church needs collectively to arm itself with the grace of the Holy Spirit against a sterile, power-hungry Vatican bureaucracy.

Increasingly, I believe he is right.

Today, we congratulate the US on the inauguration of Barack Obama, the culmination of an extraordinary story of the triumph of hope.

When he first emerged on the national stage at the Democratic convention in 2004, he was just a little known state senator from Illinois.  he impressed with his convention speech, and several commentators noted that he could be a good presidential candidate in years to come – but few could have expected END_OF_DOCUMENT_TOKEN_TO_BE_REPLACED

In the Bleak Midwinter: An Epiphany Reflection on Benedict.

As a Jo’burg boytjie, I prefer warmer climes and do NOT enjoy the current freeze here in Surrey – temperatures are at the lowest in 20 years, and approaching -10C.   Even back in Joey’s, I did not appreciate the then much milder winters, so used to console myself every winter by looking for encouraging signs of Spring, END_OF_DOCUMENT_TOKEN_TO_BE_REPLACED

I reported earlier on John MCNeills’ closing remarks about a ‘Kairos Moment’ at the end of his angry letter to the US bishops. This thought has stuck with me ever since, so last week I wrote to him, asking  for further commentary.  His reply referred me to his book “Freedom, Glorious Freedom“” for a full explanation.  This I have not read – but based on his summary remarks, and on the excitement with which I am currently reading McNeill’s earlier book, “Taking a Chance on God,”  I look forward to doing so. From McNeill’s summary remark in his email:

Hal..le ..LUJ..jah to that!  This is a theme to which I will return frequently as the site develops.

“Freedom Glorious Freedom ” now moves to the top of my wish list.  (And this is NOT just because he writes that he is “excited” by my project. So am I, John, so am I.)

A Kairos moment for LGBT Catholics?

Former Jesuit, theologian, psychotherapist and author John McNeill (The Church and the Homosexual

, Taking a Chance on God and Sex as God Intended) has written an angry open letter to the U.S. bishops. He begins by slamming the bishops for ignoring the call to dialogue made by Dignity 30 years ago, and continues by lamenting “the enormous destruction recent Vatican documents have caused in the psychic life of young Catholic gays, and of the violence they will provoke against all gay people.”Gay Catholics, he says, have had “Enough!” With repeated cries of “Enough! Enough of …….” opening each section, his declaration rises in power and anger to its climax. 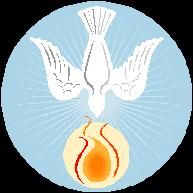