In yet another court setback for legislative discrimination, a federal judge has found that the US military ban on openly LGBT servicemen and women is discriminatory, unconstitutional – and counterproductive.

U.S. District Judge Virginia A. Phillips said the government’s “don’t ask, don’t tell” policy is a violation of due process and First Amendment rights. Instead of being necessary for military readiness, she said, the policy has a “direct and deleterious effect” on the armed services.

Memorial to the Sacred Band of Thebes - Renowned for their valour, and exclusively comprising pairs of lovers.

Three things strike me about this verdict – its obvious common sense, the plaintiffs, and how it highlights the total absence of evidence for the case against equality. END_OF_DOCUMENT_TOKEN_TO_BE_REPLACED

Now that DADT is finally under serious review, it is once again appropriate to consider how other military regimens deal or have dealt with their queer members – or aspirant members.

As I have noted before, across the EU this is simply not a question at issue. Gay men and lesbians serve routinely, just as any other servicemen and women. Here in the UK, every July some members routinely join the annual “London Pride” through the streets of London, either in uniform, in military squads, or as individuals in other groups of specific (non- military) interest. In South Africa, the constitution’s non-discrimination clause guarantees that sexual minorities should be able to serve on the same basis as anyone else. Last month, I was intrigued by this report from Peter Toscano, telling of a South African soldier who faced a gender identity issue by transitioning – and the military authorities provided a female officer as mentor and support to help her through the process.

In European history, gay soldiers were prominent in the Greek armies: notably in the Sacred Band of Thebes and its pairs of lovers (where only gay lovers were admitted), but also in other Greek fighting forces, where they were often crucial in creating or defending democracy.

Today, I want to discuss another renowned military culture with a strong homoerotic tradition – the Japanese shoguns and samurai. 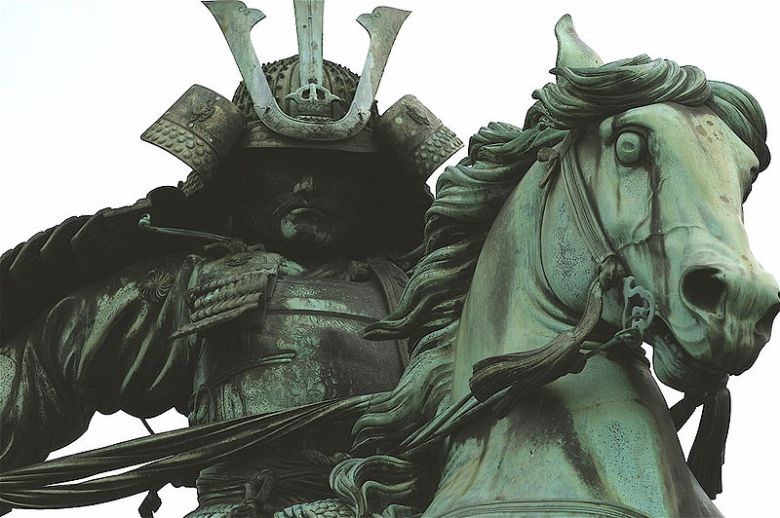 For centuries, love and sex between men have been recorded and celebrated at the highest levels of Japanese society, including several emperors, and have especially associated with the military establishment and with the monasteries. END_OF_DOCUMENT_TOKEN_TO_BE_REPLACED

I am embarrassed to admit that even with my declared interest in LGBT and Church history, and in queer history within the church, some other concerns have clouded my vision so that I almost missed the fact that here in the UK, it has been LGBT history month. I do have a few posts of history I’ve been working on but struggling to get right: one on the Japanese gay culture among the samurai, for instance, and on Chinese “traditional marriage”.  There could also be something on the progress made in (some of) the churches over the past fifteen years:  we need something cheering, I think, to move away from the downbeat tone produced by the Irish sexual abuse stories, and memory of the burnt sodomites. So let us remember – “We are made in all shapes and sizes”.

To get us going, though, I thought I’d share something on a person I had never heard of, but sounds like she’s worth taking seriously. From the UK LGBT History Month website, I give you the world’s first openly trans mayor, and then the first openly trans Member of Parliament:

“It is important to allow people who want to be positive contributors of our society regardless of sex, race, creed and gender to reach their human potential. We need all human potential to make our communities thrive, to make them more vital, the very centre of our reason for being and living. The most important thing at the end of the day is about people, people and people!”

No matter which way you look at it, Georgina Beyer is an exceptional survivor and achiever.

Born with a boy’s genital anatomy into the New Zealand Māori culture, and obliged to work in the sex trade for a period in order to survive, she underwent Gender Reassignment surgery in 1984 and then worked variously as an actor, publicist and broadcaster before being first elected to her local council in a largely white rural community in 1993. Two years later Georgina became the world’s first transsexual Mayor and then, in 1999, the world’s first transsexual Member of Parliament – a distinction she still holds, unchallenged, whilst continually strengthening her electoral majority.